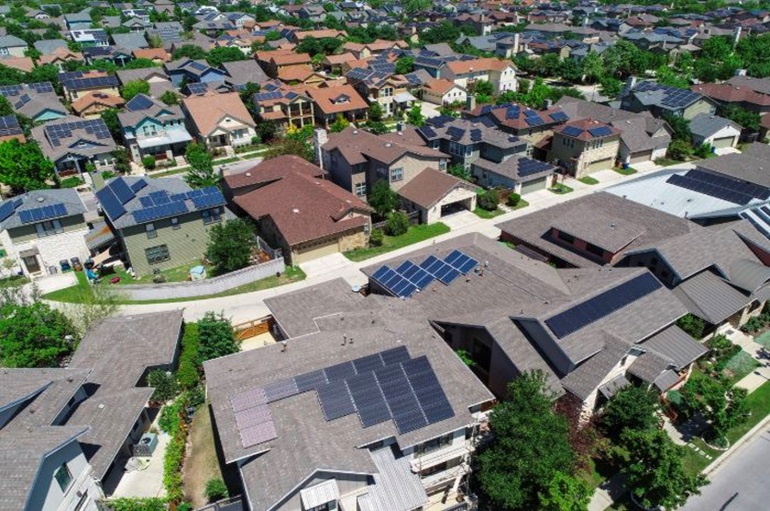 Finding alternative energy sources is frequently prompted by rising global warming concerns. Even those who are not particularly environmentally conscious look to alternative energy as a way to power their homes. Solar energy is one of the widely used methods to achieve that goal. One of the most popular ways to harness the sun’s power and generate energy is through solar panels, which create this kind of energy. Photovoltaic(PV) or solar cells, a type of technology that directly transforms sunlight into energy, are used to accomplish this. These cells form modules or panels when a group of them is connected.

Solar energy emits very few pollutants. As a result, it lowers the concentration of nitrous oxides, sulfur dioxide, and other pollutants that cause respiratory and other human problems.

One of our most valuable natural resources is water. Thousands of liters of water are used in traditional electricity production every year. Generator cooling, fuel processing and refinement, and pipe transportation involve water use. However, no water is used at all when solar panels generate power. Solar photovoltaic cells can produce electricity without water, relieving pressure on this limited resource. Rainwater is the only water required to clean the panels when they become dirty naturally.

Having residential solar panels allows people access to abundant and consistent energy without negatively impacting the environment by providing a clean and safe alternative to fossil fuels.

Solar power and other renewable energies could be one of our most effective weapons in the fight against climate change. As previously stated, harnessing solar energy and converting it to electricity does not result in the production of harmful greenhouse gasses, significant water use, or the use of finite fossil fuel resources. Increasing the use of renewable energy sources like solar power will help slow down climate change and take advantage of a clean energy source that is practically limitless as the world looks for solutions to the problem of rising global temperatures.

Global population growth is filling our land. Less land for power plants and electricity production means more land for other uses. Sunlight can replace fossil fuels and reduce land use. Conventional power plants damage the environment as they search for fuel. Solar panels preserve the landscape, and removing them restores it. Solar energy requires less land and less environmental impact. Having residential solar panels in NJ would save the land and reduce the environmental impact of energy production.

Weighing the benefits and drawbacks of solar panel investment with your home, location, climate, and specific needs is crucial as you consider investing. See the most frequently asked questions below to get more information:

Are Solar Panels Actually Better for the Environment?

The environmental effects of solar panels are widely debated and commented on, but what are the valid arguments?

Principal arguments against residential solar panels in NJ include requiring more energy and fossil fuel-burning equipment to mine, manufacture, and transport than they save. Another argument is that manufacturing uses toxic chemicals that do more harm than good.

Solar energy is not perfect, but it is still a vastly superior alternative to non-renewable energy sources. One study found that coal has an 18-times larger carbon footprint and natural gas has a 13-times larger emissions footprint than solar panels. It is also important to reiterate that solar energy production results in zero emissions. For this reason alone, research has shown solar energy to be an essential means of reducing global warming.

Also, it is argued that solar panels produce more clean energy than it takes to produce them and that the world’s largest corporations are truly setting an example regarding chemical usage. Solar panel production has an impact on the environment, which will necessitate technological advancements and the development of efficient recycling techniques.

Do Solar Panels Affect the Environment?

What Are the Negative Effects of Solar Panels?

Below are some of the drawbacks of residential solar panels in NJ;

Although solar energy is not perfect, it generally has a net positive environmental impact. Home Advisor says installing solar panels is now more affordable than ever; a solar panel system costs $25,908 on average. The average homeowner spends between $17992 and $34,289. The cost of electricity will only go up in the future. You can begin saving money as soon as you decide to switch to residential solar panels in NJ.

Understanding Asbestos and Its Risks