Moving Markets: The Rise of the Portable Solar-Powered Generator 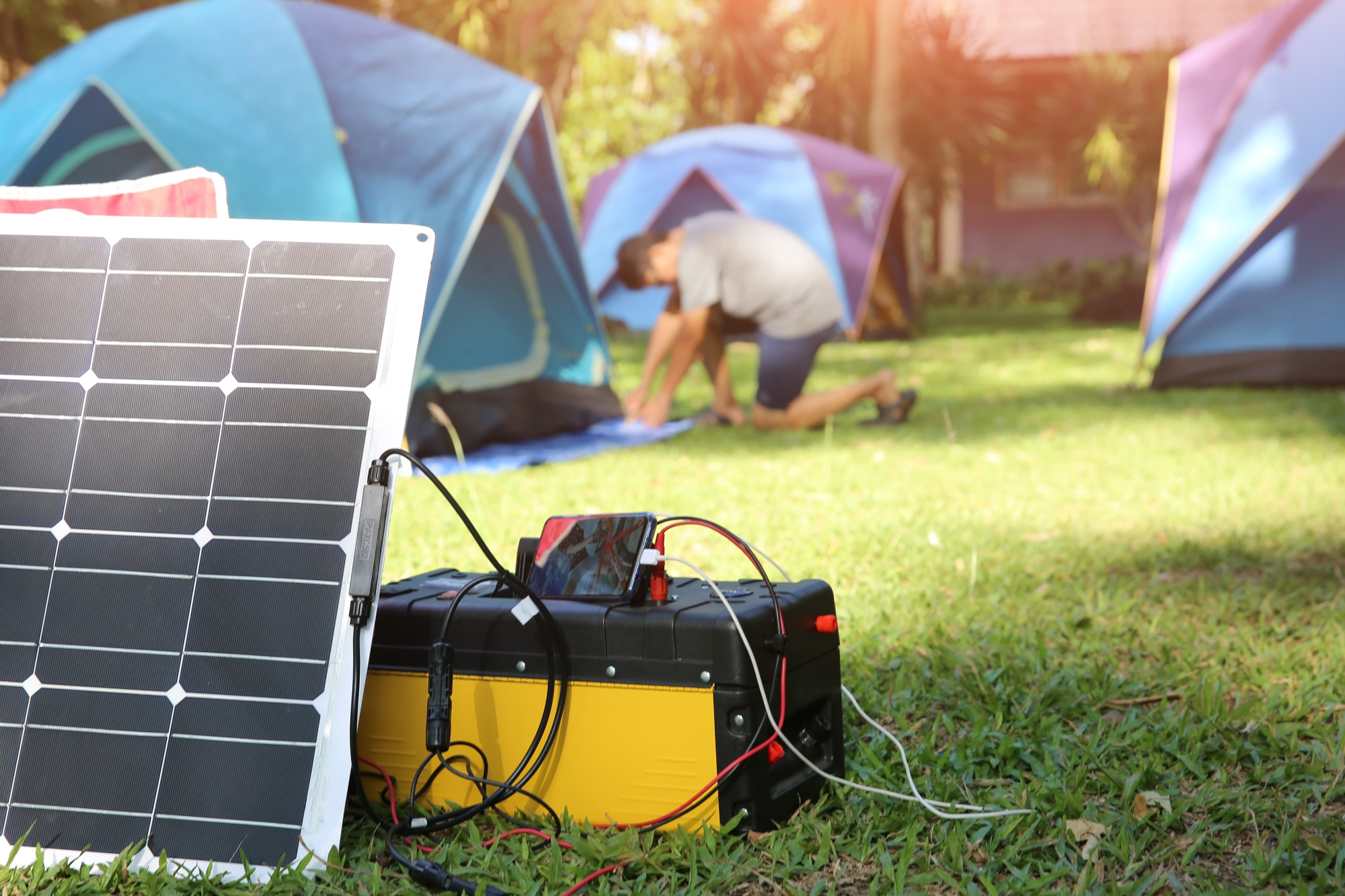 Keeping a generator handy is the best way to ensure that you’ll always have power when you need it. Whether you just need to juice up the RV for a weekend getaway, or you live in a disaster-prone area where power can be a literal lifesaver, you never want your lights to go out.

But conventional generators are heavy, loud, and produce dangerous carbon monoxide. All great reasons why more people are opting for a portable solar powered generator instead.

If you’re not familiar, don’t worry. They’ve only hit the market within the last few years. But in that short time, they’ve definitely made a splash.

Here’s what you need to know about them, how they work, and how to start looking for one for yourself.

For Starters, They’re Not Really Generators at All

Strictly speaking, a generator is a mechanical device that converts kinetic energy into electricity. So your standard gas-powered generator is basically a scaled-down combustion engine. You just use it as an electricity source instead of to power a car.

Solar generators don’t meet this definition since they don’t have any moving parts, and have nothing to do with kinetic energy. Rather, they’re independent solar panels with an internal battery to store power.

This gives them a lot of utility over their gas-guzzling counterparts.

For one, without any moving parts, they run silently. And they tend to be smaller and far less heavy. And of course, they don’t produce toxic by-products like carbon monoxide.

These perks make them suited for a variety of roles that gas-generators aren’t. In 2020, for example, researchers built what amounts to a modified solar generator that can be used to sterilized hospital equipment in remote settings without access to conventional methods. Between their weight, fuel, and pollution, gas-powered generators would never be suitable for something like that.

And as the technology improves, we can only find more applications for it.

Making the Move to a Portable Solar Powered Generator

Before you decide to trade in an old-fashioned generator for a solar generator, you need to take note of what you’ll actually be using it for.

The emerging solar generator market has come out with an impressive variety of models. And as with the old gas-guzzlers, some models are better suited for a given situation than others.

The Jackery 1000, for instance, is a popular model. It’s small weight and modest cost makes it a popular choice for first-timers who are looking to try out a solar generator. But it comes at the cost of being underpowered compared to some of the competition.

So as with anything, there are always trade-offs to consider. Which model is right for you depends on whether you need a modest generator for a weekend camping trip or something that can power your whole house during a prolonged outage.

Going Green While Keeping the Lights On

As solar cell technology improves and fossil fuels grow scarcer and more problematic, it seems like solar power is the way of the future. And even at this early stage, we’ve seen the potential that the portable solar powered generator brings to the table.

Who can say what the future holds? Maybe in the future, they’ll let us drive electric vehicles cross-country without having to worry about where the next charging station is.

In the meantime though, be sure to keep up with all of the latest from Visual Energy Analysis to keep abreast of all the newest emerging energy solutions.

5 Awesome Benefits of Solar Panels for Your Home

Should I Install Solar Panels On My Boat?

Understanding Asbestos and Its Risks